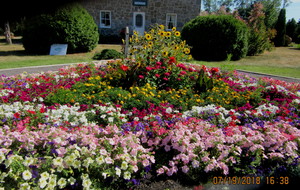 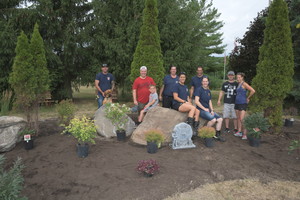 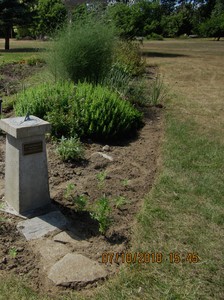 Click here for a virtual tour by Hayden Hartwick

The Waba Cottage Museum and Gardens, on 8 acres, in White Lake feature:

The main building is a faithful reconstruction of the house built in 1835 by the founder of McNab Township, the controversial and colourful Archibald 13th Laird of McNab (c. 1781–1860).

The log schoolhouse (McNab School Section No. 15, built in 1978) was moved from the Clay Valley area between the village of White Lake and Arnprior, an area settled primarily by German immigrants in the 1860s and 1870s. A plaque commemorates broadcaster Frank Ryan (born 1901), who attended this school.

The log structure called The Temple dates back to 1868 and was moved to the site in 1978. It was originally built in the village of White Lake as a Penny Reading House.

The museum holds a number of unique artifacts, including replicas of whale bones from 11,500 years ago. In 1975, a resident of White Lake unearthed bones that were later determined to be from a mature Bowhead whale, an arctic sea mammal. The original bones are at the National Museum of Natural Sciences in Ottawa.

Archibald 13th Laird of McNab was born about 1781 at Bouvain, Glen Dochart, Scotland. In 1816, when his illustrious Uncle Francis, 12th Laird of McNab, died without a legitimate heir, Archibald inherited the title of Chief along with insurmountable debts upon the family estate. In 1822, he fled from his creditors and came to Canada, where other members of the Clan McNab had already settled. (Sir Allan Napier McNab, Prime Minister of Canada from 1854 to 1856, was his first cousin.)

Soon after his arrival in Upper Canada, the government appointed Archibald administrator of a township. He promised to settle it with Highland clansmen, hoping the scheme would enable him to return to Scotland to regain his possessions. His first Scottish settlers arrived in 1825. Archibald ruled with an iron fist. It took 18 years of peaceful resistance, petitions, court battles and legal maneuvers to oust the only feudal lord that English Canada has ever seen.

In 1835, Archibald had a small stone house erected on the shores of White Lake. Here he lived for a number of years with his common-law wife Catherine Fisher, their son Allan, and their daughter Kitty. The Laird returned to Britain in 1852; Catherine remained in the house until her death in the 1870s.

Later the house became the property of Violet Box. It had fallen to disrepair, and efforts were made to have the historic building restored. However, on April 12, 1936, the owners demolished it with a few sticks of dynamite. In 1967, the Box family donated the ruins and 8 acres of surrounding lakefront property to the township. The McNab Centennial Committee built a replica of Archibald’s house, using some of the original stone. The hearthstone from one of the two old fireplaces became the threshold. Archibald Corry McNab, who had then assumed the Chiefship of the Clan, laid the cornerstone of the new building in 1967. The rebuilt Waba Cottage opened to the public as a museum on June 26, 1968.

Take the White Lake Road (County Rd. 2) for 12 km to the village of White Lake

Continue 1.5 km; the Museum is on your left

We are incredibly grateful for the very generous donation from John (Jack) Hayes of Pakenham. 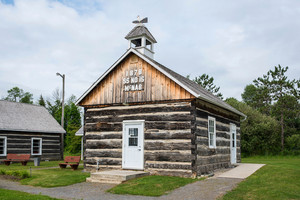 The School House The education system became a formal organization in 1816. However, schools were not made a priority until 1841 and did not become free and mandatory until 1871. The school house here (SS No.15) was built in 1875 and operated in... 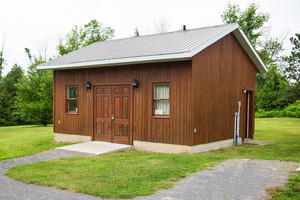 Alex Staye Building (the General Store) The general store was often the first business (and possibly the only business) in settling communities. As expected, they sold a wide variety of locally made items. Additionally, since many communities...

The Hill Building & Black Donald Mine 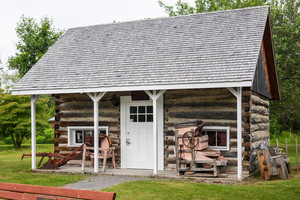 The Hill Building  Donated by the Hill family in the year 2000, this dairy shed was originally used to keep raw milk cool and ready for transport. Now, it holds many historic farming and forging implements and tools. Black Donald... 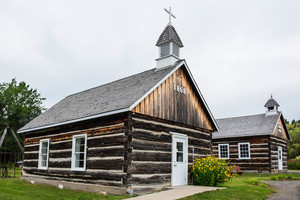 The Church Built in 1868, the building originally was a Penny Reading House (an establishment for wholesome entertainment) for the Good Templars Group (a group dedicated to sobriety). Since then, it has served as a meeting hall, twice as a... 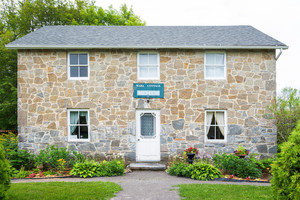 The Waba Cottage Museum In 1835, Archibald McNab, founder of the McNab township, enlisted the construction of a stone cottage near White Lake. While, officially, he reported the cottage to be an office and mill for the public, it was more... 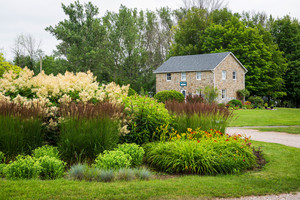 The Gardens   After a $17k grant through the Canada Millennium Partnership Program in 1999, the Ottawa Valley community rallied together to create seven gardens to celebrate the millennium. In the early-mid 2000’s, four more gardens...